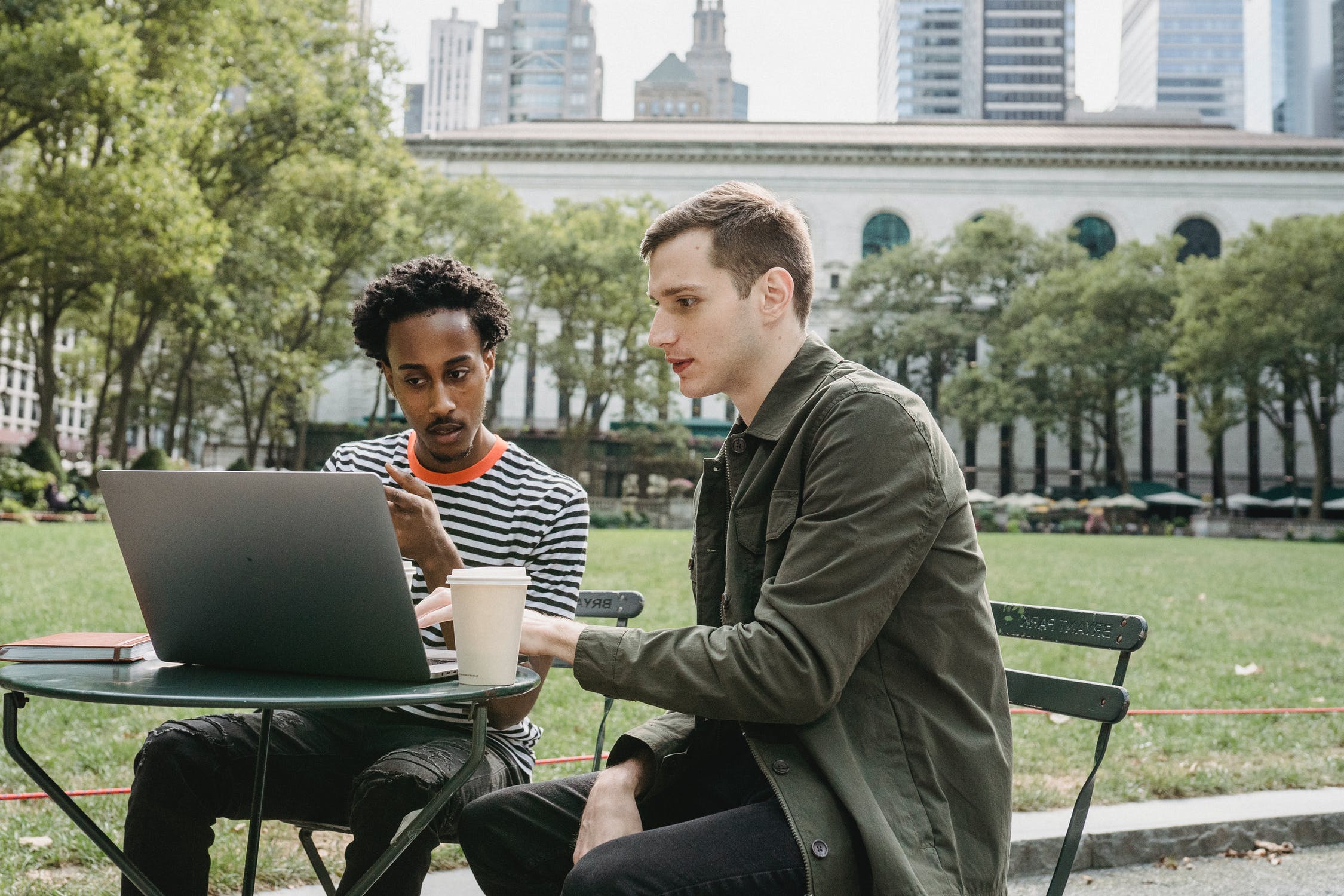 Kotlin is a cross-platform, statically typed, general-purpose programming language with type inference.
Kotlin is designed to interoperate fully with Java, and the JVM version of Kotlin's standard library depends on the Java Class Library, but type inference allows its syntax to be more concise.
Kotlin programming having been introduced by Jetbrain in 2011 and Google approved it in 2017 as the codebase for android development language, it has taken over the backend of 70% of android apps existing. Kotlin reduces most Java boilerplate code by combining object-oriented and functional code into one thus its lightweight nature.
This makes Kotlin the now leading android development language and thus demand by companies using mobile apps to switch to Kotlin from Java.Now that google Google started supporting Kotlin for Android development over Java.
A lot of opportunities will open for future Android Developers like you applying at Alida School. Kotlin has become famous for building Android applications and the demand for developing server-side applications for the JVM is increasing. Kotlin can also be used to write web applications by transpiling them to Javascript. Kotlin also offers multi-platform application development which enables you to share code between apps for different platforms.Learning Kotlin can teach you alot and show you some of the shortcomings of Java that you may not have been aware of. There are also many companies looking for Kotlin Developers, especially in the Android Development space. Kotlin and Java are 100% interoperable, meaning you can have any percentage of code written in Kotlin, and the rest in Java, and it will all work together. So you don’t have to worry about how it will affect your legacy code. Additionally, there is a tool in Android Studio that allows you to instantly “translate” Java into Kotlin. While using Java, developers typically have to write more lines of code, while Kotlin enables developers to accomplish the same tasks without writing so much code, making it more expressive.
Further, it helps developers to make code more organized, readable and reusable. So, some developers opt for Kotlin to develop a concise, readable and maintainable code base. To help manage the quality of your code, Kotlin makes use of type inferencing, eliminating much of the frustrating and overly tedious syntax that Java developers face. Often, code written in Kotlin is more concise, but it also happens to be a little more complex for those used to programming in Java.

Kotlin aims to be a readable, pragmatic, safe, and interoperable programming language:Readability is supported by language features such as type inference, data classes, and infix functions. Such features allow writing concise code without losing readability.
‍Pragmatism is crucial because Kotlin is for large-scale enterprise software development. JetBrains use it themselves to develop their IDEs. Thus, Kotlin incorporates industry feedback and addresses issues of large-scale software development.
‍Safety aims to prevent common software bugs by design. This is aided by several language features such as nullable types (to prevent null pointer exceptions) and by nudging you towards best practices such as designing for inheritance.
‍Interoperability with Java is a major selling point of Kotlin and a necessary base for its widespread adoption in the JVM world. Interoperability allows Kotlin and Java to be used side by side, including the use of Java libraries or frameworks from Kotlin.
For instance, the Kotlin standard library interoperates with Java by reusing the Java Collections API. Similarly, it interoperates with JavaScript in the context of Kotlin/JS. Now that you have a basic understanding of the philosophy of the language, let’s dive in and understand how to use this language.
At Alida School we help you understand more about Kotlin and Android development. Let’s create our first Kotlin application using Intelj IDEA. After downloading Intelij IDEA from the link above we will move to create our first application. 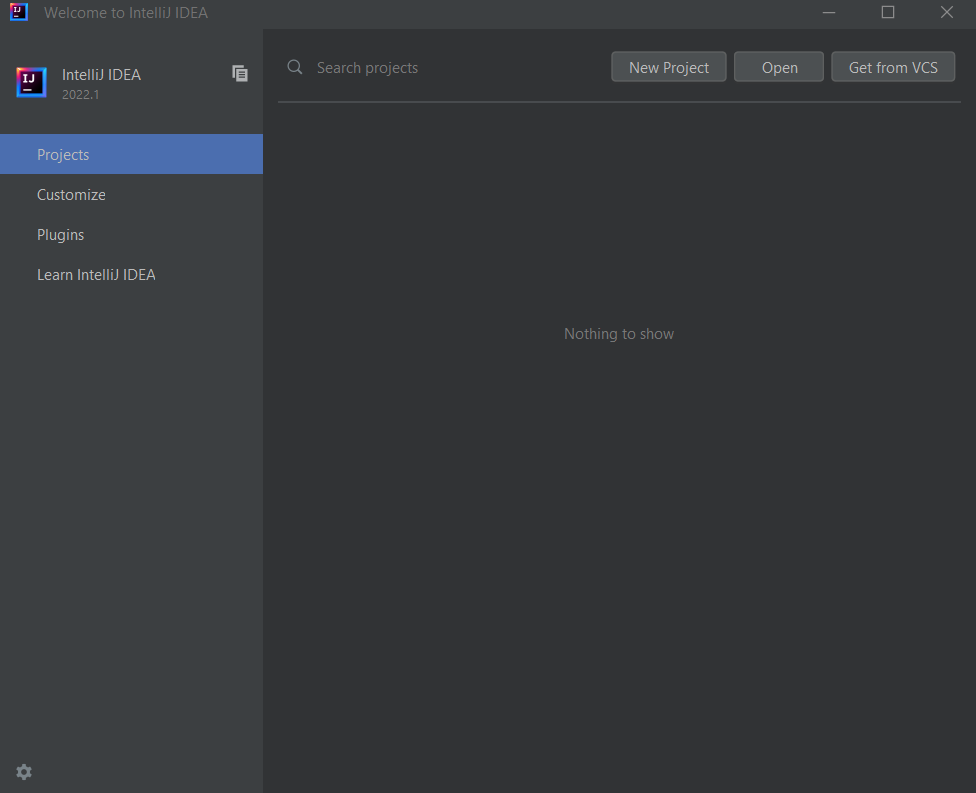 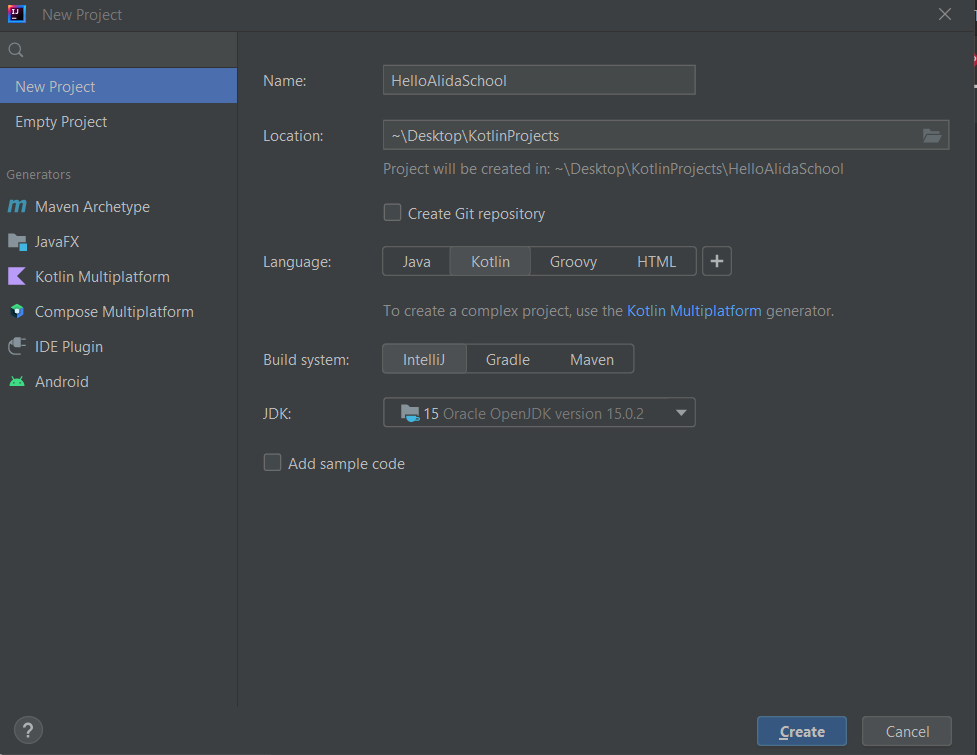 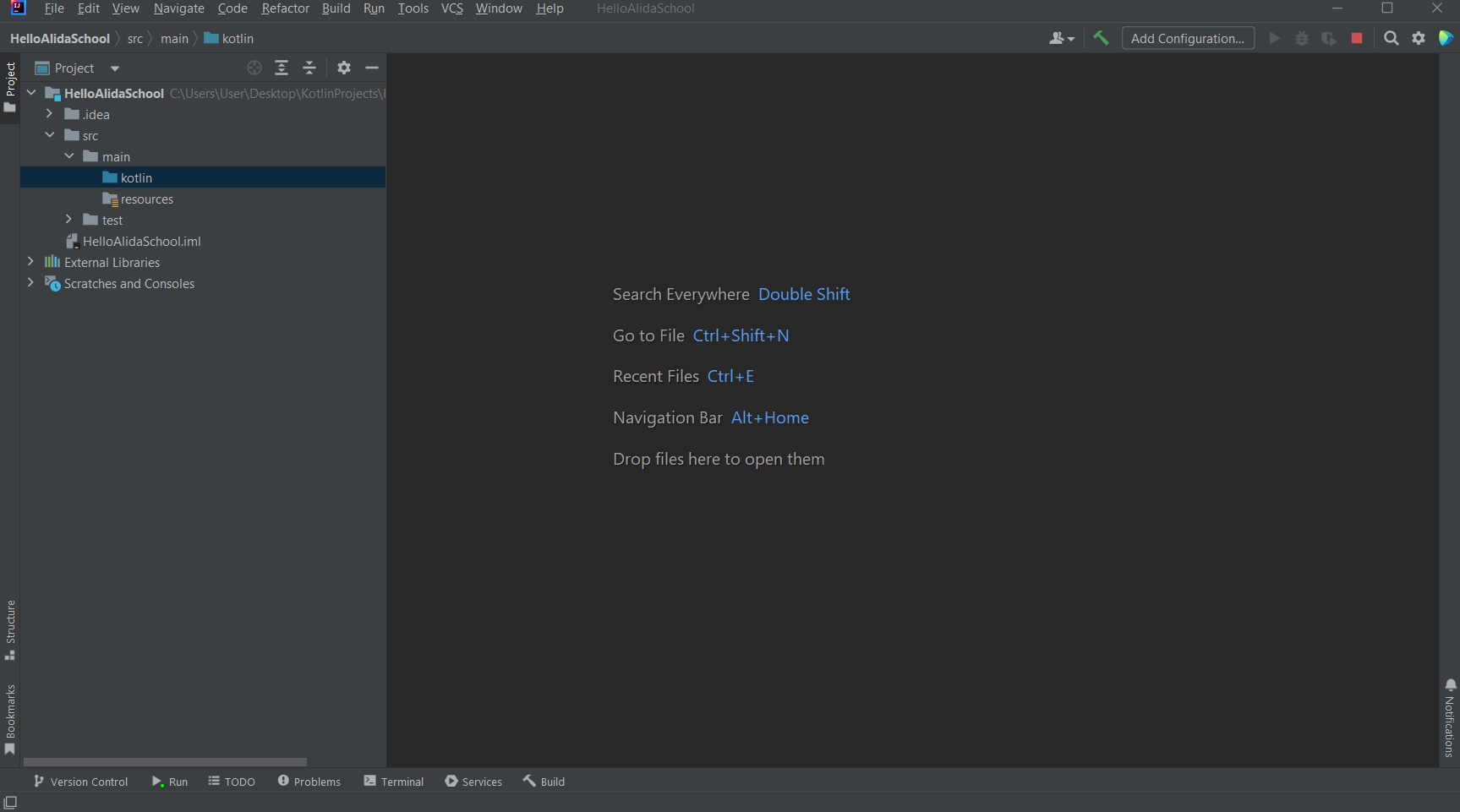 We now have our new application. But we are not creating any Kotlin file first. We want to make use of the Onboard Kotlin REPL 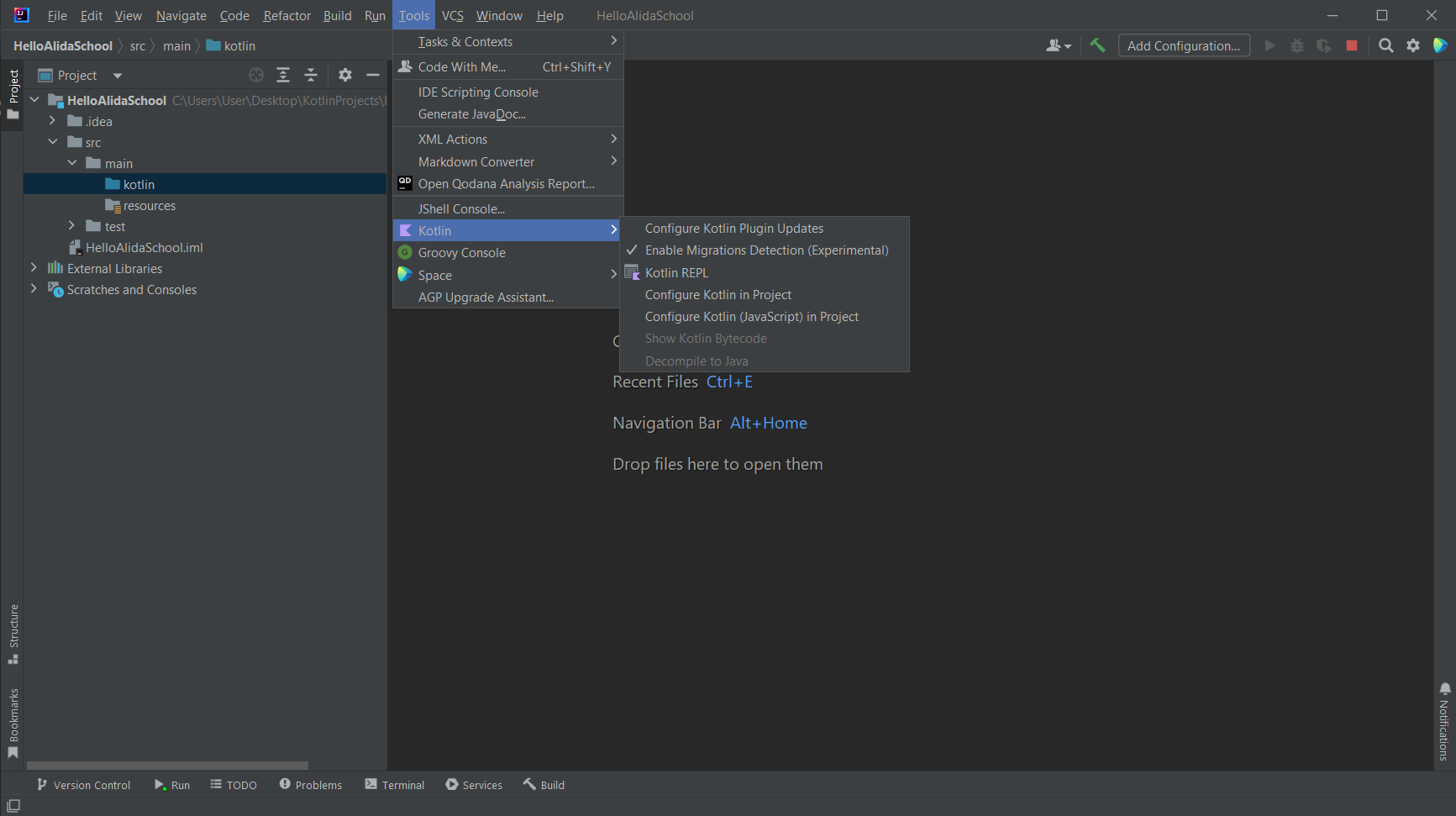 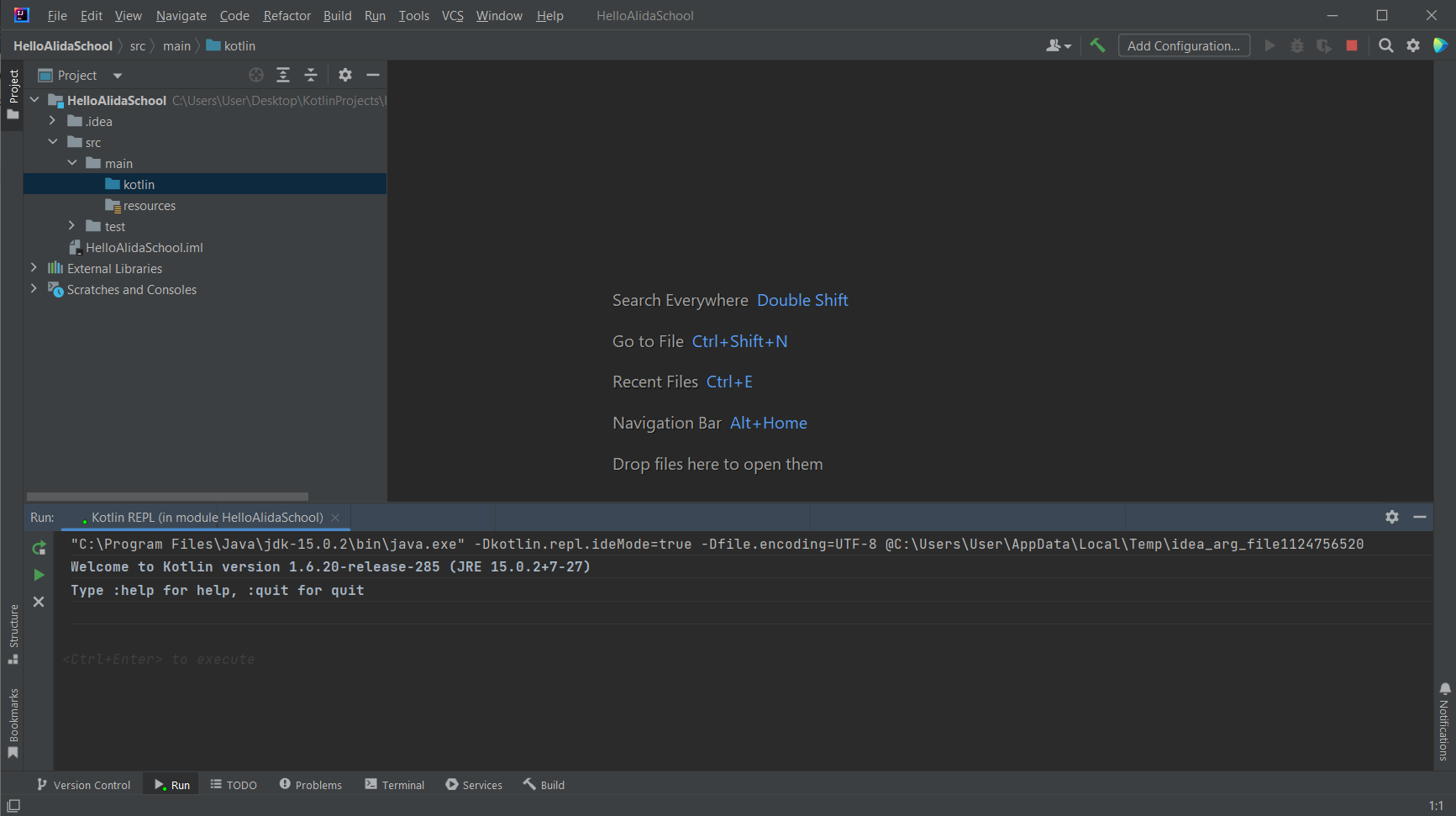 We write our code inside the REPL and it’s executed 🥳🥳 Whop!!Whop!! You made your first Kotlin application 😃
Apply Now