The African tech ecosystem is being driven by the dynamic and growing startup ecosystem. While there are challenges confronting these startups, there remains an abundance of opportunities and these startups have raised record amounts of venture capital funding.
Africa’s Internet economy is worth $140 billion. By 2025, the Internet economy has the potential to contribute $180 billion to Africa’s economy and grow to $712 billion by 2050.

‍Three key trends are accelerating the growth of the African Internet economy:
‍
1 - Increased access to more affordable and higher speed Internet
Africa has an Internet penetration of 40%. Increasing Internet penetration to 75% has the potential to create 44 million new jobs and a 10% increase in mobile Internet penetration can increase GDP per capita by 2.5%.
‍
2 - African startups are transforming the African economic landscape and creating new market opportunities
‍
3 - Africa’s commitment to developing the world’s largest single market under the African Continental Free Trade Area
‍
This growth is also being catalysed by growing private consumption, public and private investments, investments in digital infrastructure, new government policies and regulations, and strong developer talent.
Tech talent in Africa is at a historical peak and continues to rise annually.
There are 700,000 professional developers across Africa with more than 50% concentrated in 5 key African countries: Egypt, Kenya, Morocco, Nigeria, and South Africa.
This number is a drop in the ocean when we take into account that Africa has a population of 1.3 billion. 700k developers out of 1.3 billion people.
In comparison, North America has 4.4 million developers with a population of 580 million while Europe has 6.1 million developers with a population of 750 million.
‍
African developers use a mix of both formal and informal education channels to gain skills and access well-paying jobs, and many developers view a career in software development as an avenue for social mobility. 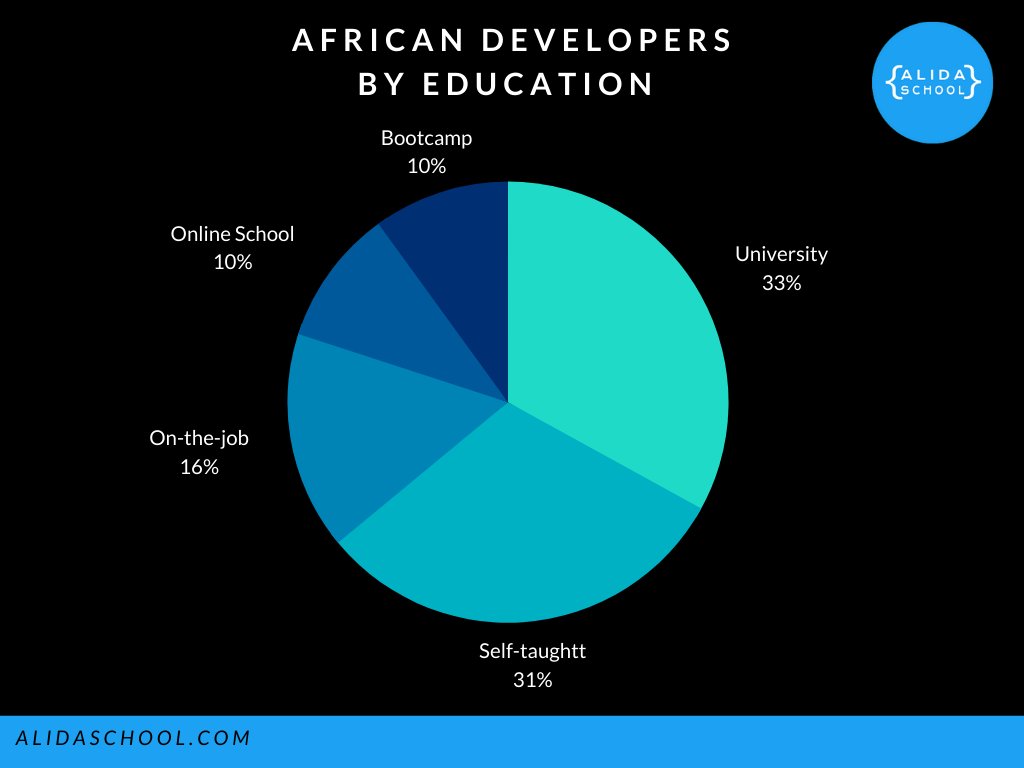 Africa Internet-based companies are dynamic and they’re are leveraging Africa’s unique strengths to expand opportunities for significant economic growth.
These companies are creating jobs, reducing unemployment and poverty, and contributing to overcoming the continent’s development and socio-economic challenges.

Despite all of these green shoots, a bigger investment in African human resources especially in tech talent will be vital in order to harness this economic growth.